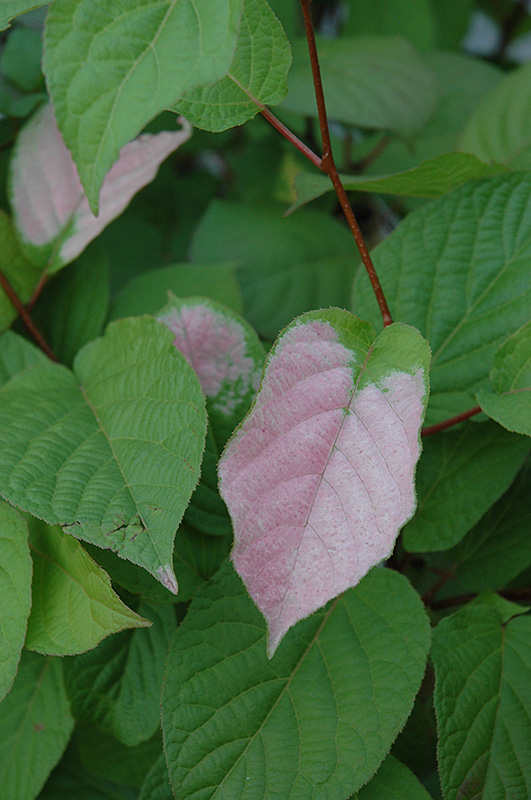 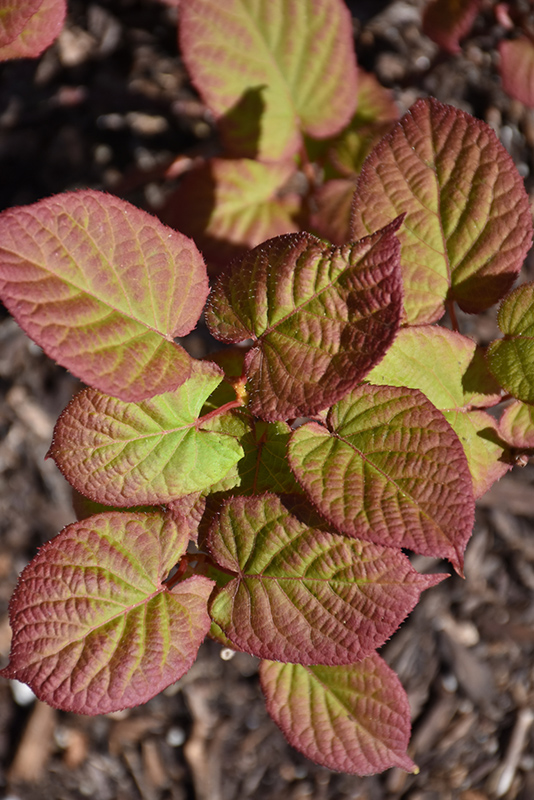 A female selection of this interesting vine valued for its breathtaking white-pink variegated foliage all season long, small white fragrant flowers and plentiful fruit after three years or so; an underutilized climber that's excellent for screening

September Sun Kiwi is primarily grown for its highly ornamental fruit. It features an abundance of magnificent green berries from mid to late summer. It has attractive white-variegated dark green foliage with hints of pink. The large oval leaves are highly ornamental and turn yellow in fall. It features dainty fragrant white buttercup flowers with yellow anthers along the branches from mid to late spring.

This plant is primarily grown as an ornamental, but it's also valued for its edible qualities. The small oval sweet fruit is most often used in the following ways:

September Sun Kiwi is a dense multi-stemmed deciduous woody vine with a twining and trailing habit of growth. Its average texture blends into the landscape, but can be balanced by one or two finer or coarser trees or shrubs for an effective composition.

This is a relatively low maintenance woody vine, and is best pruned in late winter once the threat of extreme cold has passed. It has no significant negative characteristics.

September Sun Kiwi is recommended for the following landscape applications;

September Sun Kiwi will grow to be about 20 feet tall at maturity, with a spread of 24 inches. As a climbing vine, it should be planted next to a fence, trellis or other rigid structure where it can be trained to grow upwards on it. It grows at a medium rate, and under ideal conditions can be expected to live for approximately 10 years. This variety requires a different selection of the same species growing nearby in order to set fruit.

This woody vine does best in full sun to partial shade. It prefers to grow in average to moist conditions, and shouldn't be allowed to dry out. It is not particular as to soil type or pH. It is highly tolerant of urban pollution and will even thrive in inner city environments. This is a selected variety of a species not originally from North America.