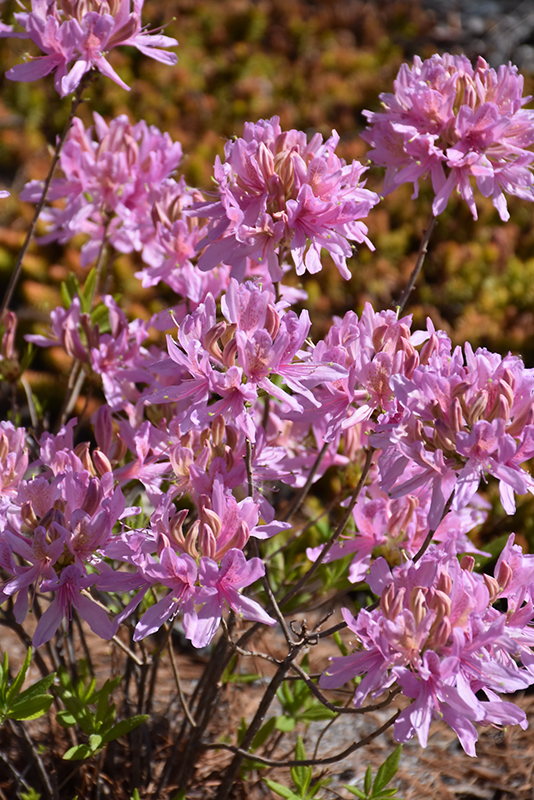 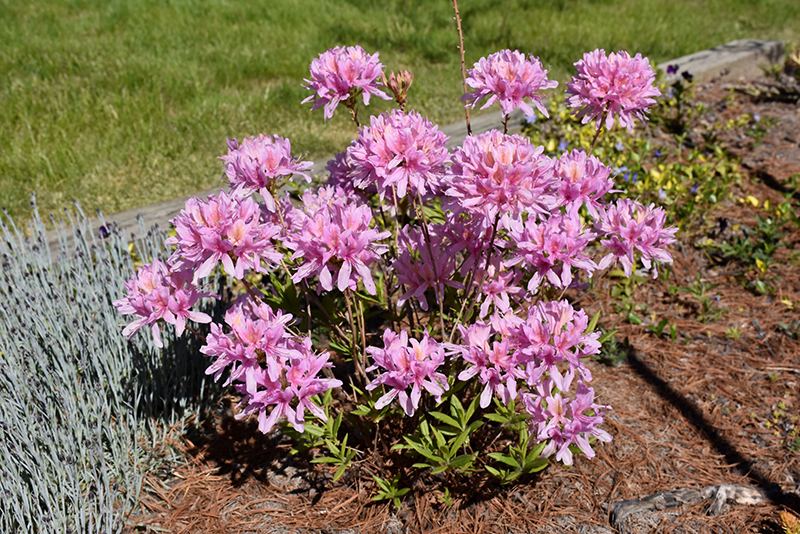 Possibly the singlemost hardy azalea, smothered in showy lavender-pink flowers in spring before the leaves, dwarf compact mounded habit; absolutely must have well-drained, highly acidic and organic soil, use plenty of peat moss when planting

Orchid Lights Azalea is bathed in stunning clusters of lilac purple trumpet-shaped flowers with fuchsia spots at the ends of the branches in mid spring before the leaves. It has green deciduous foliage. The narrow leaves turn yellow in fall.

Orchid Lights Azalea is an open multi-stemmed deciduous shrub with a more or less rounded form. Its relatively coarse texture can be used to stand it apart from other landscape plants with finer foliage.

This is a relatively low maintenance shrub, and should only be pruned after flowering to avoid removing any of the current season's flowers. It has no significant negative characteristics.

Orchid Lights Azalea is recommended for the following landscape applications;

Orchid Lights Azalea will grow to be about 3 feet tall at maturity, with a spread of 4 feet. It has a low canopy. It grows at a slow rate, and under ideal conditions can be expected to live for 40 years or more.

This shrub does best in full sun to partial shade. You may want to keep it away from hot, dry locations that receive direct afternoon sun or which get reflected sunlight, such as against the south side of a white wall. It requires an evenly moist well-drained soil for optimal growth, but will die in standing water. It is very fussy about its soil conditions and must have rich, acidic soils to ensure success, and is subject to chlorosis (yellowing) of the foliage in alkaline soils. It is somewhat tolerant of urban pollution, and will benefit from being planted in a relatively sheltered location. Consider applying a thick mulch around the root zone in winter to protect it in exposed locations or colder microclimates. This particular variety is an interspecific hybrid.

Orchid Lights Azalea makes a fine choice for the outdoor landscape, but it is also well-suited for use in outdoor pots and containers. Because of its height, it is often used as a 'thriller' in the 'spiller-thriller-filler' container combination; plant it near the center of the pot, surrounded by smaller plants and those that spill over the edges. It is even sizeable enough that it can be grown alone in a suitable container. Note that when grown in a container, it may not perform exactly as indicated on the tag - this is to be expected. Also note that when growing plants in outdoor containers and baskets, they may require more frequent waterings than they would in the yard or garden.