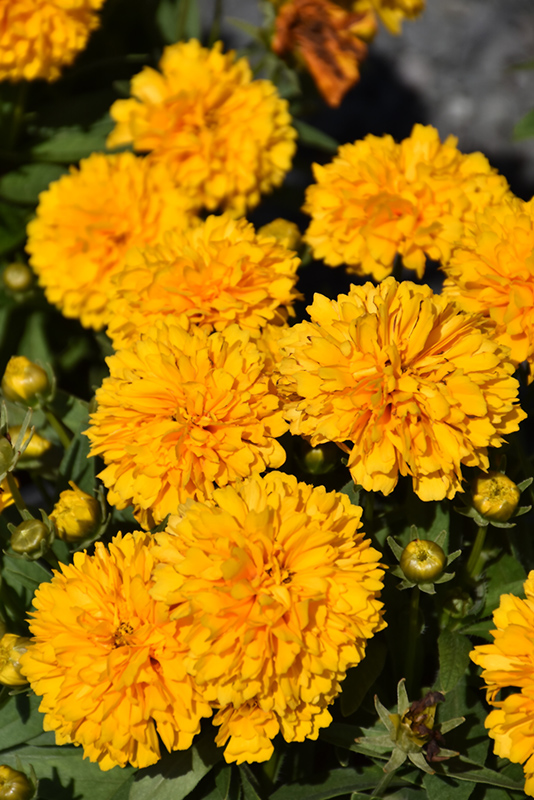 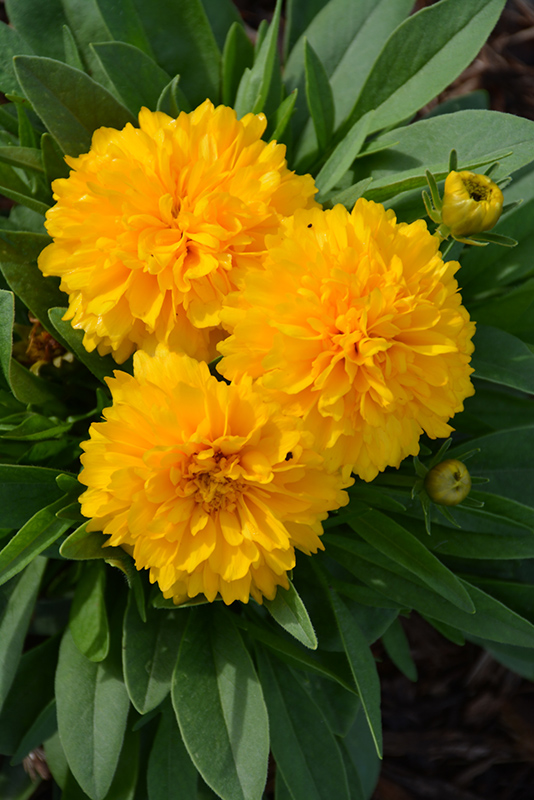 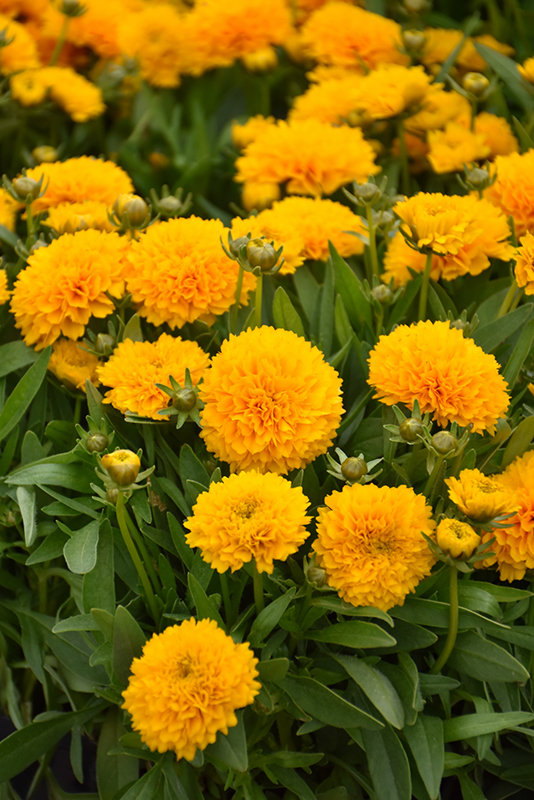 Striking, pom-pom like golden blooms; an abundance of large diameter flowers over mounds of dark gray-green foliage; tolerant of pests and drier soils, thriving in sandy and rocky soils

Solanna Golden Sphere Tickseed features showy gold ball-shaped flowers at the ends of the stems from early summer to mid fall. The flowers are excellent for cutting. Its narrow leaves remain grayish green in color throughout the season.

Solanna Golden Sphere Tickseed is an herbaceous perennial with a mounded form. Its relatively fine texture sets it apart from other garden plants with less refined foliage.

This is a relatively low maintenance plant, and is best cleaned up in early spring before it resumes active growth for the season. It is a good choice for attracting butterflies to your yard, but is not particularly attractive to deer who tend to leave it alone in favor of tastier treats. It has no significant negative characteristics.

Solanna Golden Sphere Tickseed will grow to be about 8 inches tall at maturity extending to 12 inches tall with the flowers, with a spread of 15 inches. Its foliage tends to remain low and dense right to the ground. It grows at a medium rate, and under ideal conditions can be expected to live for approximately 10 years. As an herbaceous perennial, this plant will usually die back to the crown each winter, and will regrow from the base each spring. Be careful not to disturb the crown in late winter when it may not be readily seen!

This plant should only be grown in full sunlight. It does best in average to evenly moist conditions, but will not tolerate standing water. It is not particular as to soil pH, but grows best in poor soils. It is somewhat tolerant of urban pollution. This is a selection of a native North American species. It can be propagated by division; however, as a cultivated variety, be aware that it may be subject to certain restrictions or prohibitions on propagation.

Solanna Golden Sphere Tickseed is a fine choice for the garden, but it is also a good selection for planting in outdoor pots and containers. It is often used as a 'filler' in the 'spiller-thriller-filler' container combination, providing a mass of flowers against which the thriller plants stand out. Note that when growing plants in outdoor containers and baskets, they may require more frequent waterings than they would in the yard or garden.