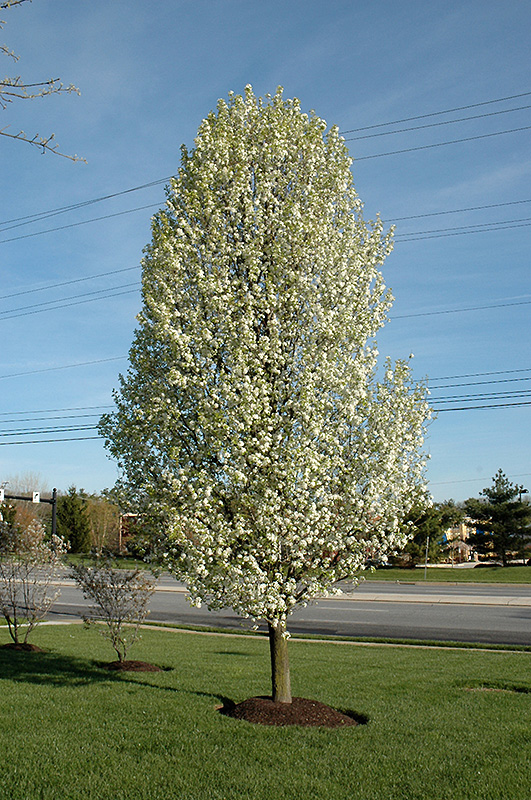 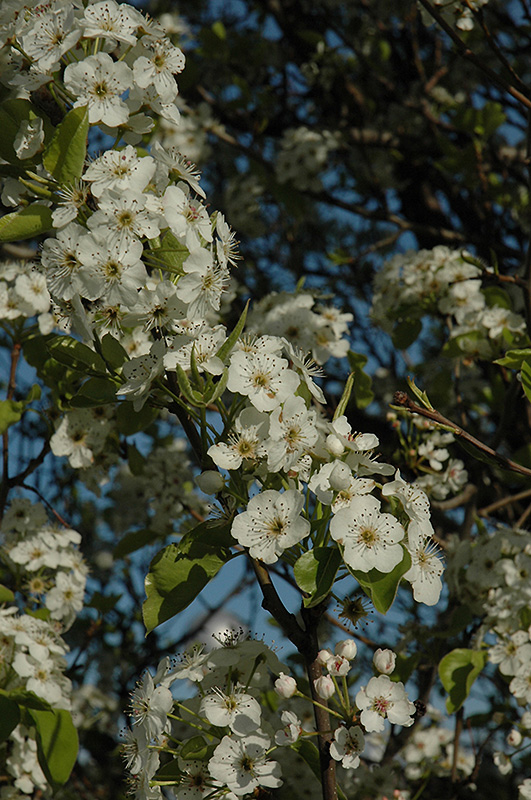 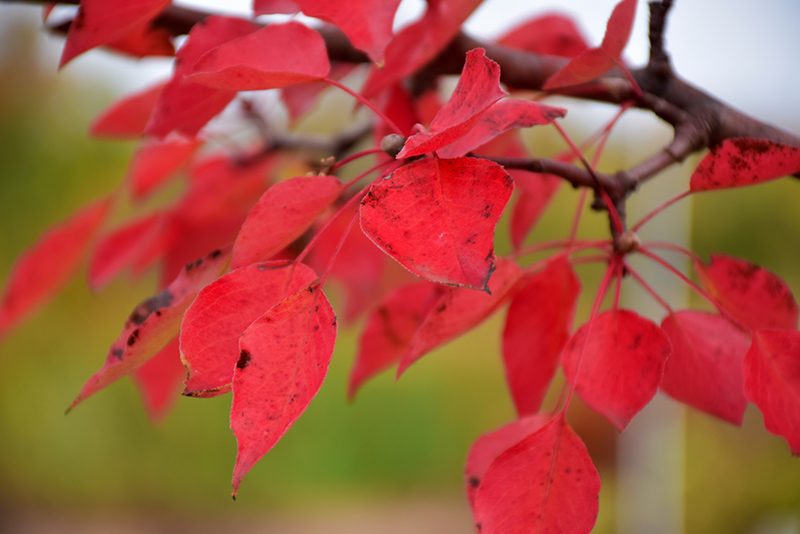 A stunning, improved selection with improved branching; covered in a cloud of white flowers in spring followed by small inedible fruit, superb fall color and a beautiful and consistent upright oval shape, very ornamental; quite resistant to fireblight

New Bradford Ornamental Pear is covered in stunning clusters of white flowers along the branches in early spring before the leaves. It has dark green deciduous foliage. The glossy heart-shaped leaves turn outstanding shades of orange, red and deep purple in the fall. The fruits are showy yellow pomes displayed in late summer.

New Bradford Ornamental Pear is a dense deciduous tree with a shapely oval form. Its average texture blends into the landscape, but can be balanced by one or two finer or coarser trees or shrubs for an effective composition.

This is a high maintenance tree that will require regular care and upkeep, and is best pruned in late winter once the threat of extreme cold has passed. Gardeners should be aware of the following characteristic(s) that may warrant special consideration;

New Bradford Ornamental Pear will grow to be about 25 feet tall at maturity, with a spread of 20 feet. It has a low canopy with a typical clearance of 4 feet from the ground, and should not be planted underneath power lines. It grows at a fast rate, and under ideal conditions can be expected to live for approximately 30 years.

This tree should only be grown in full sunlight. It prefers to grow in average to moist conditions, and shouldn't be allowed to dry out. It is not particular as to soil type or pH. It is highly tolerant of urban pollution and will even thrive in inner city environments. This is a selected variety of a species not originally from North America.