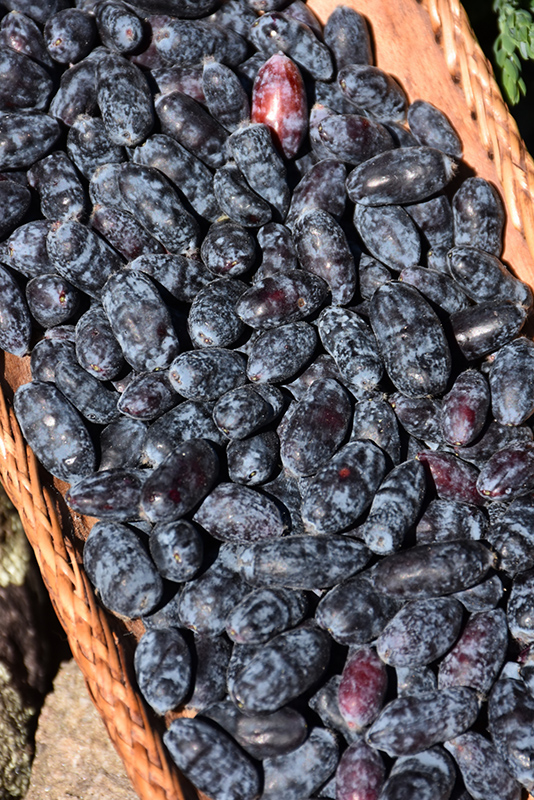 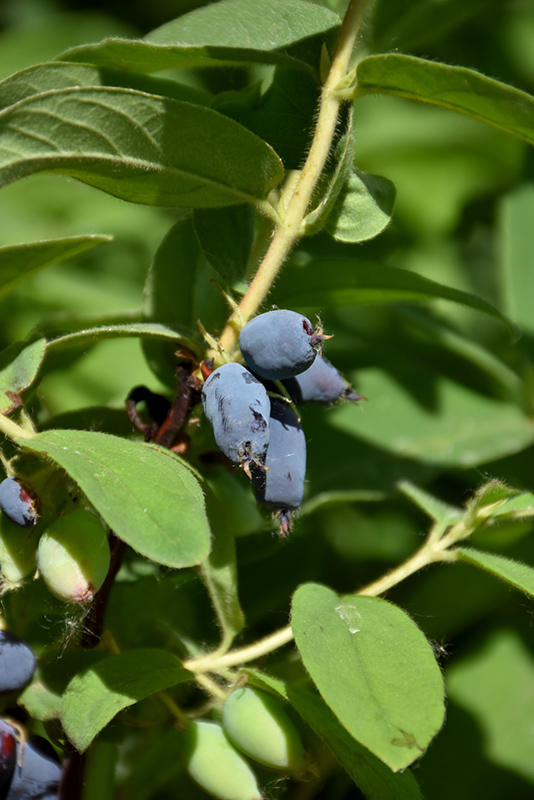 An interesting hardy shrub with clean foliage and delicious bluish-purple berries that are edible; more compact dense growing habit; should have another honeyberry variety for a heavier crop on both; a smaller plant that produces large, juicy berries

Yezberry® Solo™ Japanese Haskap is a medium-sized shrub that is commonly grown for its edible qualities, although it does have ornamental merits as well. It produces blue oblong berries which are usually ready for picking from late spring to early summer. The berries have a sweet taste and a juicy texture.

The berries are most often used in the following ways:

Yezberry® Solo™ Japanese Haskap is clothed in stunning yellow tubular flowers along the branches from early to mid spring. It has green deciduous foliage. The oval leaves do not develop any appreciable fall color. It features an abundance of magnificent blue berries in late spring.

This is a dense multi-stemmed deciduous shrub with a more or less rounded form. Its average texture blends into the landscape, but can be balanced by one or two finer or coarser trees or shrubs for an effective composition. This plant will require occasional maintenance and upkeep, and is best pruned in late winter once the threat of extreme cold has passed. It is a good choice for attracting butterflies to your yard. It has no significant negative characteristics.

Aside from its primary use as an edible, Yezberry® Solo™ Japanese Haskap is sutiable for the following landscape applications;

Yezberry® Solo™ Japanese Haskap will grow to be about 6 feet tall at maturity, with a spread of 6 feet. It tends to fill out right to the ground and therefore doesn't necessarily require facer plants in front, and is suitable for planting under power lines. It grows at a medium rate, and under ideal conditions can be expected to live for approximately 20 years. While it is considered to be somewhat self-pollinating, it tends to set heavier quantities of fruit with a different variety of the same species growing nearby.

This shrub is quite ornamental as well as edible, and is as much at home in a landscape or flower garden as it is in a designated edibles garden. It does best in full sun to partial shade. It prefers dry to average moisture levels with very well-drained soil, and will often die in standing water. It is not particular as to soil type or pH. It is highly tolerant of urban pollution and will even thrive in inner city environments. This is a selected variety of a species not originally from North America.