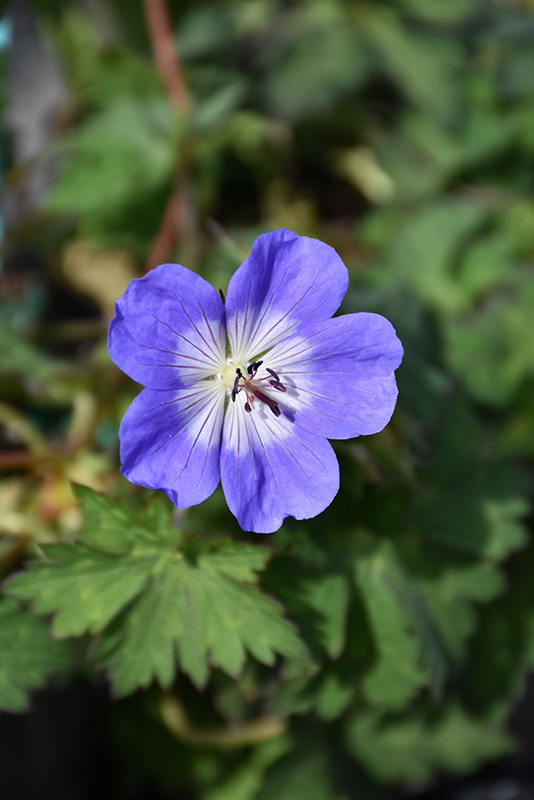 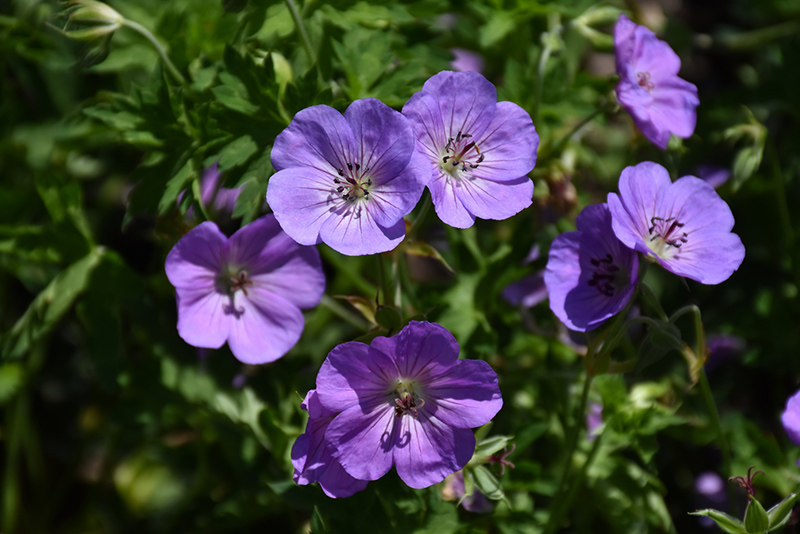 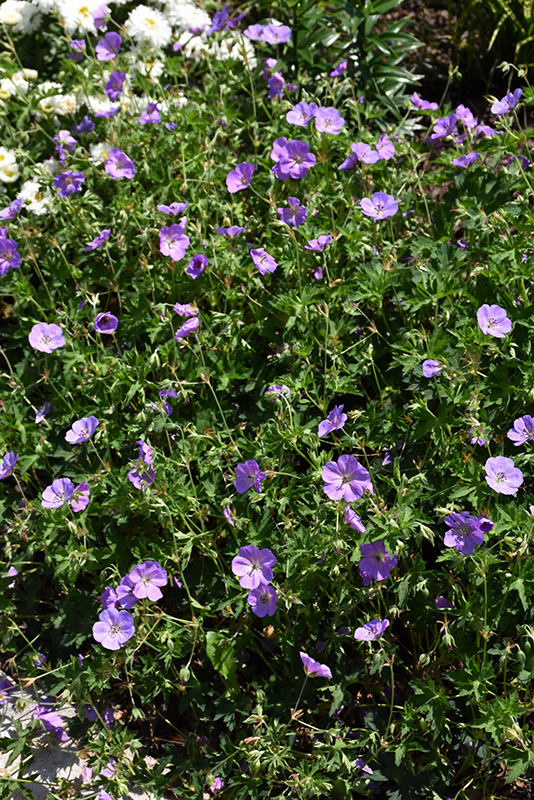 Azure Rush Cranesbill has masses of beautiful blue flowers with violet overtones and white eyes at the ends of the stems from late spring to early fall, which are most effective when planted in groupings. Its deeply cut lobed palmate leaves remain green in color throughout the season.

Azure Rush Cranesbill is an herbaceous perennial with a mounded form. Its relatively fine texture sets it apart from other garden plants with less refined foliage.

Azure Rush Cranesbill is recommended for the following landscape applications;

Azure Rush Cranesbill will grow to be about 16 inches tall at maturity, with a spread of 24 inches. When grown in masses or used as a bedding plant, individual plants should be spaced approximately 20 inches apart. Its foliage tends to remain dense right to the ground, not requiring facer plants in front. It grows at a medium rate, and under ideal conditions can be expected to live for approximately 10 years. As an herbaceous perennial, this plant will usually die back to the crown each winter, and will regrow from the base each spring. Be careful not to disturb the crown in late winter when it may not be readily seen!

This plant does best in full sun to partial shade. It is very adaptable to both dry and moist locations, and should do just fine under typical garden conditions. It is not particular as to soil type or pH. It is somewhat tolerant of urban pollution. This particular variety is an interspecific hybrid. It can be propagated by division; however, as a cultivated variety, be aware that it may be subject to certain restrictions or prohibitions on propagation.

Azure Rush Cranesbill is a fine choice for the garden, but it is also a good selection for planting in outdoor pots and containers. It is often used as a 'filler' in the 'spiller-thriller-filler' container combination, providing a mass of flowers against which the thriller plants stand out. Note that when growing plants in outdoor containers and baskets, they may require more frequent waterings than they would in the yard or garden.