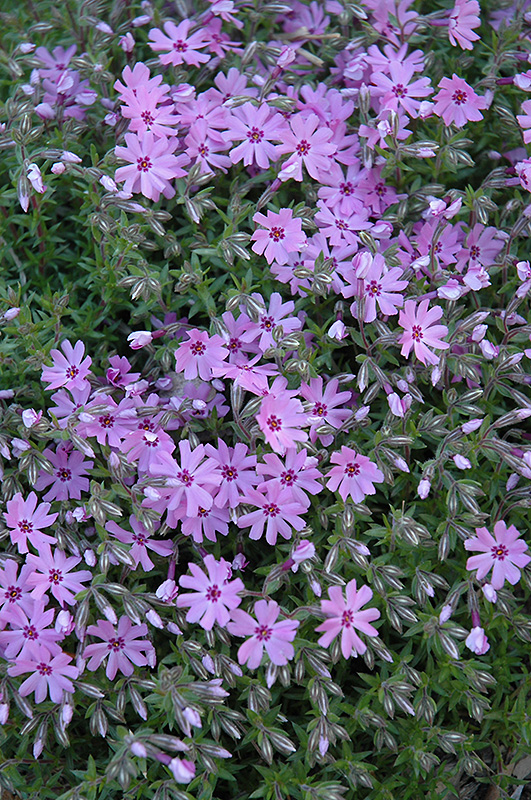 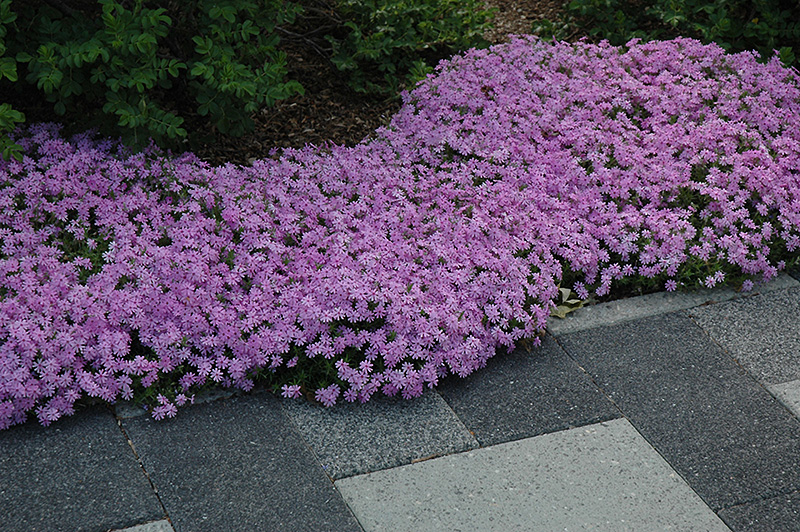 Fort Hill Moss Phlox is smothered in stunning lightly-scented pink star-shaped flowers at the ends of the stems from early to late spring. Its tiny needle-like leaves remain green in color throughout the year.

Fort Hill Moss Phlox is a dense herbaceous evergreen perennial with a ground-hugging habit of growth. It brings an extremely fine and delicate texture to the garden composition and should be used to full effect.

Fort Hill Moss Phlox will grow to be only 6 inches tall at maturity, with a spread of 18 inches. When grown in masses or used as a bedding plant, individual plants should be spaced approximately 15 inches apart. Its foliage tends to remain low and dense right to the ground. It grows at a medium rate, and under ideal conditions can be expected to live for approximately 10 years. As an evegreen perennial, this plant will typically keep its form and foliage year-round.

This plant does best in full sun to partial shade. It prefers dry to average moisture levels with very well-drained soil, and will often die in standing water. It is considered to be drought-tolerant, and thus makes an ideal choice for a low-water garden or xeriscape application. It is not particular as to soil type, but has a definite preference for alkaline soils. It is highly tolerant of urban pollution and will even thrive in inner city environments. Consider covering it with a thick layer of mulch in winter to protect it in exposed locations or colder microclimates. This is a selection of a native North American species. It can be propagated by division; however, as a cultivated variety, be aware that it may be subject to certain restrictions or prohibitions on propagation.