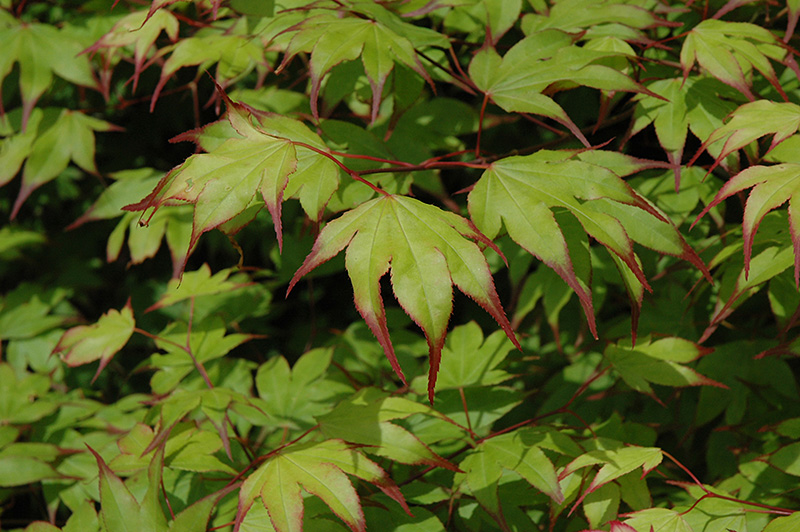 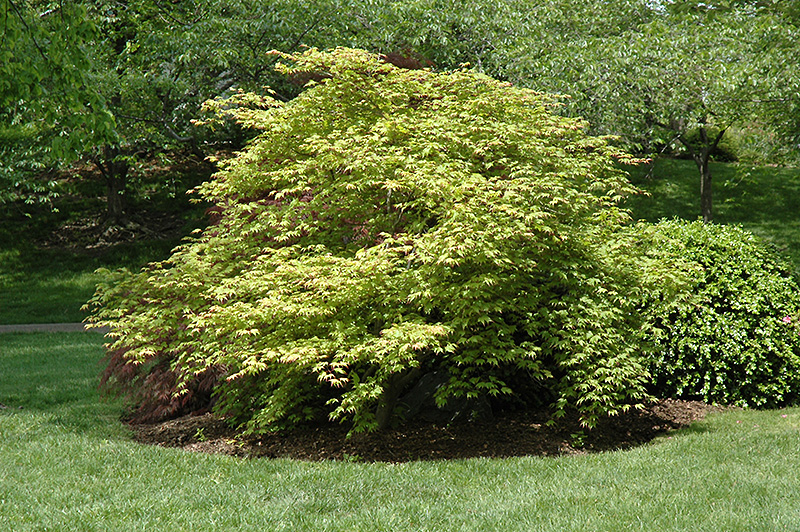 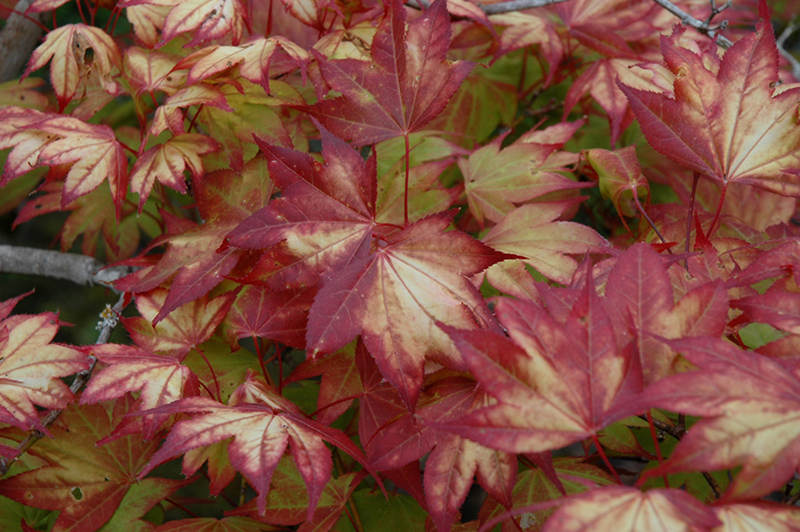 This slow-growing variety has a graceful vase-shaped habit; emerging leaves are red tinged and turn green during summer, leaves appear to droop from the stems; Japanese maples are the most coveted of all small landscape trees

Tsuma Gaki Japanese Maple is primarily valued in the landscape or garden for its ornamental globe-shaped form. It has attractive red-tipped green foliage. The small lobed palmate leaves are highly ornamental and turn outstanding shades of yellow, orange and crimson in the fall.

Tsuma Gaki Japanese Maple is a dense deciduous tree with a strong central leader and a more or less rounded form. Its relatively fine texture sets it apart from other landscape plants with less refined foliage.

Tsuma Gaki Japanese Maple will grow to be about 10 feet tall at maturity, with a spread of 10 feet. It tends to be a little leggy, with a typical clearance of 2 feet from the ground, and is suitable for planting under power lines. It grows at a slow rate, and under ideal conditions can be expected to live for 60 years or more.

Tsuma Gaki Japanese Maple is a fine choice for the yard, but it is also a good selection for planting in outdoor pots and containers. Because of its height, it is often used as a 'thriller' in the 'spiller-thriller-filler' container combination; plant it near the center of the pot, surrounded by smaller plants and those that spill over the edges. It is even sizeable enough that it can be grown alone in a suitable container. Note that when grown in a container, it may not perform exactly as indicated on the tag - this is to be expected. Also note that when growing plants in outdoor containers and baskets, they may require more frequent waterings than they would in the yard or garden.