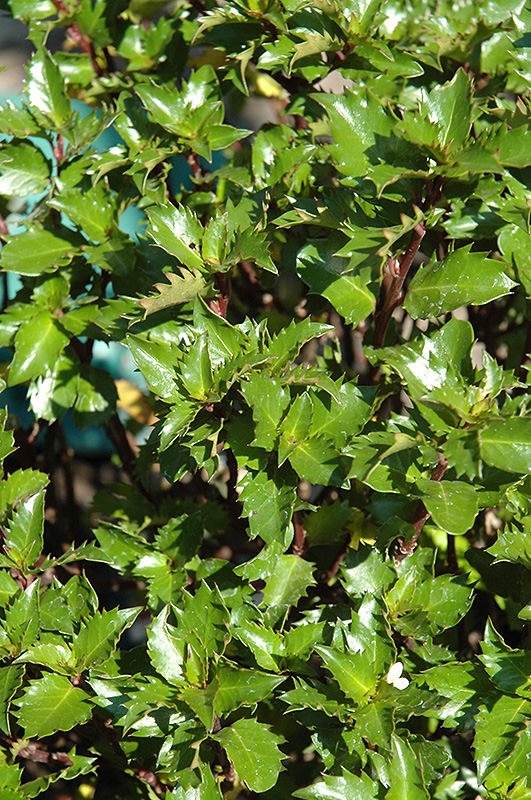 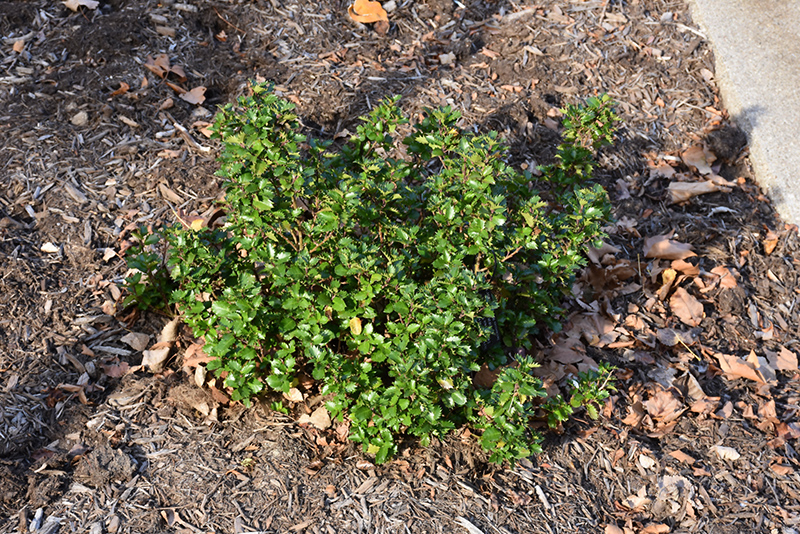 One of the hardiest evergreen hollies, this is a small, rounded shrub with spiny blue-green foliage that turns burgundy in late fall and winter; doesn't produce fruit, but is used to pollinate female hollies which produce the attractive berries

Emerald Magic Meserve Holly has dark green evergreen foliage on a plant with a round habit of growth. The spiny oval leaves turn burgundy in the fall, which persists throughout the winter.

Emerald Magic Meserve Holly is a dense multi-stemmed evergreen shrub with a more or less rounded form. Its average texture blends into the landscape, but can be balanced by one or two finer or coarser trees or shrubs for an effective composition.

This is a relatively low maintenance shrub, and is best pruned in late winter once the threat of extreme cold has passed. Deer don't particularly care for this plant and will usually leave it alone in favor of tastier treats. It has no significant negative characteristics.

Emerald Magic Meserve Holly will grow to be about 4 feet tall at maturity, with a spread of 4 feet. It tends to fill out right to the ground and therefore doesn't necessarily require facer plants in front. It grows at a slow rate, and under ideal conditions can be expected to live for 40 years or more.

This shrub does best in full sun to partial shade. You may want to keep it away from hot, dry locations that receive direct afternoon sun or which get reflected sunlight, such as against the south side of a white wall. It prefers to grow in average to moist conditions, and shouldn't be allowed to dry out. It is very fussy about its soil conditions and must have rich, acidic soils to ensure success, and is subject to chlorosis (yellowing) of the foliage in alkaline soils. It is somewhat tolerant of urban pollution. Consider applying a thick mulch around the root zone in winter to protect it in exposed locations or colder microclimates. This particular variety is an interspecific hybrid.

Emerald Magic Meserve Holly makes a fine choice for the outdoor landscape, but it is also well-suited for use in outdoor pots and containers. Because of its height, it is often used as a 'thriller' in the 'spiller-thriller-filler' container combination; plant it near the center of the pot, surrounded by smaller plants and those that spill over the edges. It is even sizeable enough that it can be grown alone in a suitable container. Note that when grown in a container, it may not perform exactly as indicated on the tag - this is to be expected. Also note that when growing plants in outdoor containers and baskets, they may require more frequent waterings than they would in the yard or garden.